Lets understand what is Protocol.

A port in computer networking is a logical access channel for communication between two devices. Bi-directional communications and more complex connections may use multiple ports (channels) simultaneously.

Data on the Internet is organized into standard TCP or UDP packets. Network clients use different ports (or channels) to transfer this data. Generally one port is used to send data and another to receive it, so packets don’t collide. The port number (and the destination IP address) is included as part of the header each packet is given. Ports range from 1 to 65535 for the TCP and UDP protocols.

Note: A list of all IANA assigned port numbers and their associated services can be found on their website. Some well known Port number here: 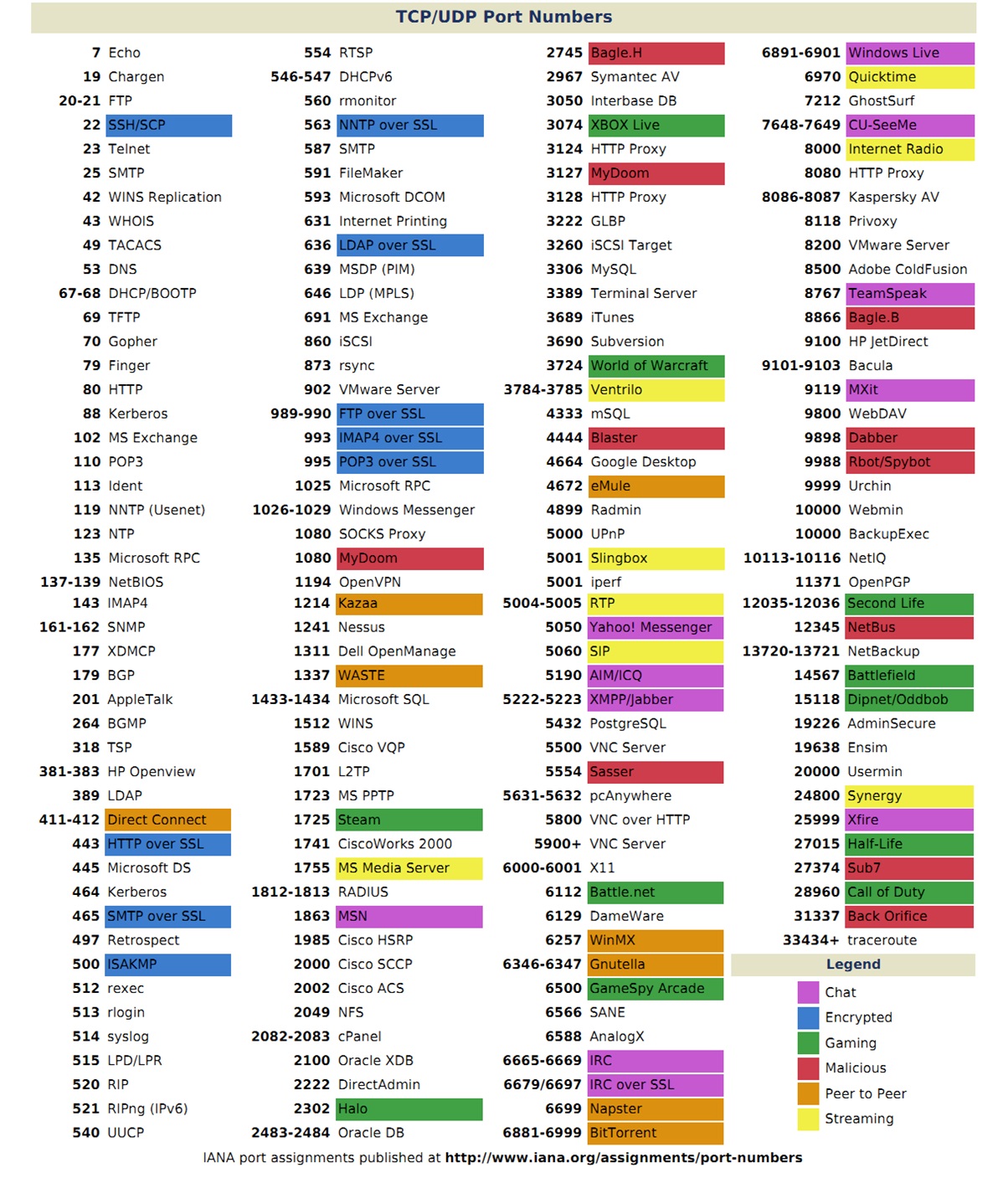